Accuracy is Everything .....Competition, Tactical, Sporting


A while back I was having extraction issues with my 93R17, as well as accuracy issues. Long story short, the rifle was sent back to Savage where they shot it, sent it back to me and said, "the rifle shoots within specs".

I didn't agree, so I sent it to Scott Null at savagegunsmithing.com in Idaho. Scott did an entire accuracy package on the rifle and it was shooting fairly well, although I continued to have an occasional extraction failure. Scott asked me to send it back to him.

He found that maybe 80% of the cases were splitting, which he did not notice the first time the rifle was there (I had not mentioned it). Upon measuring the chamber, it was found to be completely out of spec. Scott re-lined the barrel with a match liner and test fired upwards of 100 rounds - he sent me the annotated targets showing the group size of all the different types of cartridges, with added info on wind direction, etc. Most all groups were far under an inch at 50 yards, with many ragged, single holes.

Since Scott did not catch the chamber issue the first time the rifle was there, he didn't charge ANYTHING for the barrel re-lining and significant time spent on the work. He didn't charge shipping.

That is customer service! On top of that, when I called the shop, Scott answered the phone and personally filled me in on all the details of the work he did.

I just purchased another Savage rifle (Mark II TR in .22lr) I was happy with the first bottom iron I ordered from you, so I decided to get another for my new rifle! I've sent money via Paypal ($36.98)

Hello Mr Null, Happy July 4th! I finally had a chance to shoot my rifle yesterday and it was great. Much more accurate then I will ever be. Thanks for all your efforts!

Hi Scott, Just wanted to let you know, Ken thinks you got his rifle fixed. Please find attached targets showing that. Thanks for you help. Karen and Ken K.

I shot this group, a single hole, 5 shots @ 50 yards using a Savage BRJ that hs been accurized by Savagegunsmithing. I shoot .1" 5 shot groups with it all the time at 50 yards. The gun shot in the low .4" range before being accurized. I had a great shooting day, some skill and some luck as well as a good target scope and bench set up and shot an absolutly perfect group. This proved to me the accurized rifle can and will shoot a perfect group if you do your part. The Savagegunsmithing accurizing package is worth every penny spent. All I can say is Thank You Scott, you gave me something I can be proud of all my life, this taget is getting framed. The guys with the $5000 rifles have a hard time doing this. My Best John 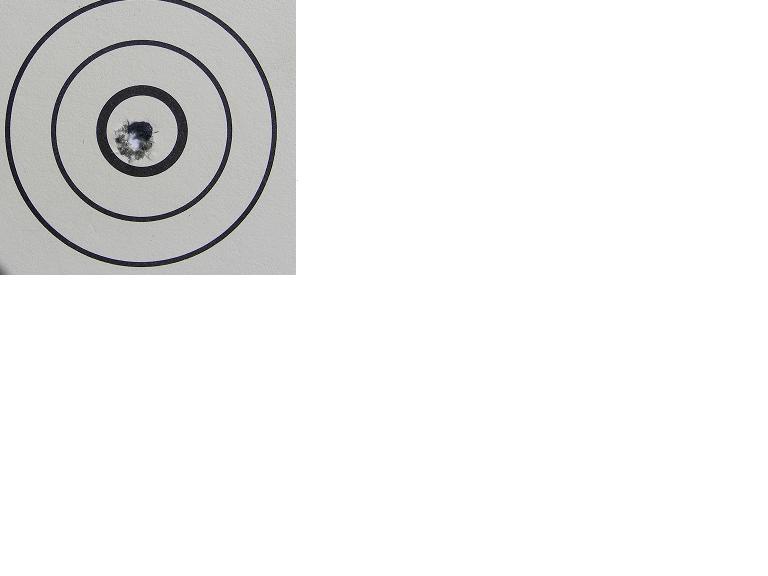 Scott, I’ve been very please with the Accurizing job you did on my Remington 700 BDL a while back. You might remember, it was a left-handed .308 WIN with an HS Precision stock. You sent off the stock to Bell & Carlson to have it re-finished in a black with grey spider web finish. You also put on some Ken Farrel G-Force rings and solid base and mounted my Shepherd 3x10x40 scope. I am in the market for a .22-250 Savage, and you came to mind. I was on your web page reading about your “Special Offer on Custom Savage Rifle” and it sounds just like what I am looking to get....

Like I said - I used to think I knew a little about accurate rifles. Then I met you... Roger

Scott, Just wanted to let you know how well my rifle shot. I'm the guy who had the Camo Savage with the medium weight barrel in 300WSM. Finally got to the range to try it out and I am very pleased, it shot just over 1/2" group using 180 grain ballistic tips with IMR 7828 and right at 1/2" using 180 ballistic tips with IMR 4831. Thanks for doing a great job on the rifle. What do you think of the new stock Savage is coming out with next year ( the one with the aluminum bedding block in it )? Let me know your opinion on it, I'm thinking about having you do me a Savage in 7mm next year with their new stock. Thanks again! Al M.

Thanks for your work. Looks really nice. I am waiting for a scope mount so have not taken it to the range for a test run yet.

I will let you know how much better it shoots than the me.

You worked on a savage 270 for me and I love this gun you did just a great job. I am thinking of trying the long range shooting and I want to know the cost of you making me a great rig. Have a great Day K.E.

Got my Rifle back today , Tell Scott great Job. The rifle looks fantastic. I could not be more pleased. I Just put a few rounds through & it seams to shoot good too . I will give it a full workout this weekend.

I have another project for him if he is interested now that I see his work. It is not a Savage however . I have A FN manufacture Isreali K98 7.62 Nato with Isreali crest. Good piece lots of history & life still in it.

My son got a BVSS (223) from you several years ago. I visited him in California and was very impressed with the accuracy he's achieved with it. I am considering purchasing one like it from you ( with the accurizing process). I would appreciate any suggestions you may offer. Thank you,

Hi. I live in Somerset,Ky and I received my trigger parts today. I just wanted to thank you very much for helping me with this when no one else would. The parts were for a rifle that My father left me(he passed away about 4 years ago) thanks to you I can take it to the range and bring back some of those memories.

Thanks and have a Merry Christmas!

Scott what a great Gun this is one hell of a shooter At 200 yd. I have three touching. Love your work. got your check I hope?, We will have to get started on a big bore thanks again . Karl E E. Supervisor MXCNCCC

Picture of Elk the killed on November 16th with the 7mm RUM you re-barreled. Josh who’s married to my granddaughter had never been big game hunting before, this bull scores 355 was shot at 300 yards. We had him practice in the prone position until he could shoot a 5” group at 500 yards. It took two shots and Josh is a very happy camper.

I wanted to let you know the savage you re barreled in a heavy contour 300 wsm is performing better than expected. The load I am currently working on is using a 175 smk that is producing a 3 shot group of .41 outside to outside at 100 yrds and .72 outside to outside 3 shot group at 300 yrds. Thanks for the great job I am looking foward to trying this load at 1000 yrds in the near future and possibly having you build a barrel for a 7mm wsm. Thanks again ,Ben Cedar Park, Texas

Earlier this year, I think around February I ordered and received from you a Savage 12 F-Class with your accurizing package. I finally got to shoot it at 600 yards today and was very pleased with the results. I shot a 197+5 and 196+5. This also being the first time I shot at 600 yards let alone with this rifle. I used a 107gSMK bullet with 30g of Varget with Wolf Magnum Primers and Lapua brass. Basically a textbook recipe. Anyway, the rifle shot like a champ and I just wanted to say thanks for a job well done.